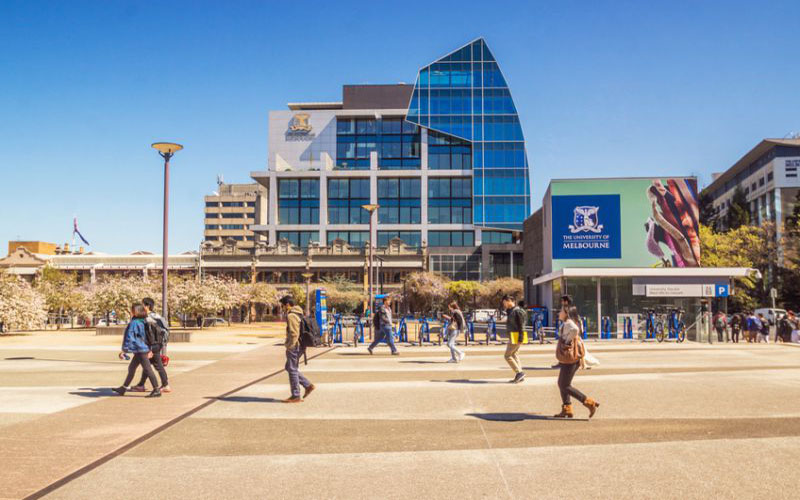 The University of Melbourne was founded in 1853, making it the second oldest in the country (keep reading to find out the oldest).

More than 12,000 international students are enrolled at the University of Melbourne, and if you do get a place there, you will be joining students from 130 different countries.

You will also be rubbing shoulders with some pretty famous scholars. Nobel prizewinner Peter Doherty (physiology and medicine) and fellows of the Royal Society David Solomon and David Boger all teach or research at Melbourne.

Established in 1946, the Australian National University (ANU) was originally created as a postgraduate research university by the Parliament of Australia. It is located in Canberra, Australia’s capital city and seat of government.

It counts six Nobel prizewinners among its faculty and alumni, and is even run by a Nobel laureate. Brian Schmidt, who won the 2011 Nobel Prize in Physics (with Saul Perlmutter and Adam Riess) for providing evidence that the expansion of the universe is accelerating, is the institution’s vice-chancellor.

Founded in 1851, the University of Sydney is the oldest university in Australia.

Currently, 45,000 students attend the University of Sydney, representing some 134 nations. About 280 overseas exchange programmes are in place with more than 30 countries.

No fewer than five Australian prime ministers attended the university, including Edmund Barton, who in 1901, won Australia’s first ever federal election.

Sydney is also considered one of the best university cities for students.

The motto of the University of Queensland (UQ) motto is Scientia ac Labore, which is Latin for “by means of knowledge and hard work” – so be prepared to do some grafting!

UQ has about 39,000 students enrolled, including 12,000 international students from 141 countries. It also has one of Australia’s largest PhD cohorts with about 13,800 postgraduate students registered.

The university’s main campus is located in the green and leafy inner Brisbane suburb of St Lucia – one of the most affluent areas of the city.

UNSW Sydney was established in 1949.

There are more than 52,000 students at the university, including 13,000 international students from 130 countries.

The university has more than 200 agreements with universities in 39 countries to facilitate student exchanges and research projects.

The university recently launched the Michael Crouch Innovation Centre, which aims to support students to design and experiment with business ideas. The team then helps students turn their ideas into reality through partnerships with commercial companies.”

Study in the U.S.A: Application Deadlines for Top Universities
June 23, 2021 0

From DU, JNU To Jamia & Anna University, Know How Institutes Are Preparing For Admissions To UG Courses
June 23, 2021 0

DU may push registration for UG courses to July 31: ‘Too early to say how CBSE formula will impact cut-offs’
June 23, 2021 0